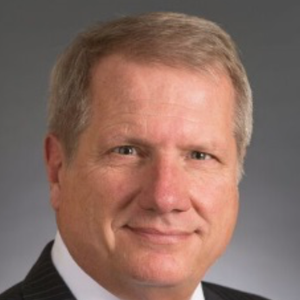 Rick Lober is the Vice President and General Manager of the Defense and Intelligence Systems Division (DISD) at Hughes Network Systems, LLC. In this role, he is responsible for applying the company’s broad range of SATCOM technologies and services to the worldwide defense marketplace and intelligence community. Applications cover satellite communications on the move for both ground-based an airborne platforms along with numerous classified development programs. He has over 30 years experience with both COTS-based and full MIL communications and intelligence products, systems and major programs starting as a design engineer and progressing to a P&L executive.

Mr. Lober previously worked at Cubic Corporation as Sr. VP/GM of the Communications Business Unit. In this role, he led the company’s development of the Tactical Common Data Link (TCDL) for application to both manned and unmanned military ISR platforms.

Mr. Lober worked at Watkins-Johnson Company before joining Cubic. In this role, he started as a design engineer for the company’s large catalog of signal intelligence equipment and progressed to a Department P&L lead for SIGINT equipment and systems. Mr. Lober led the program to develop the world’s first high volume digital HF receiver and also led efforts to move the company into commercial telecommunications markets.

Mr. Lober received his BSEE and MSEE degrees from the University of Illinois, Urbana, and is a member of the IEEE, AFCEA, AUSA, AUVSI and the Society of Satellite Professionals. He has published numerous papers and presentations on digital receiver design, high-speed data links, and satellite communications. Mr. Lober holds a patent in wireless communications and he and his family live in Annapolis, MD.